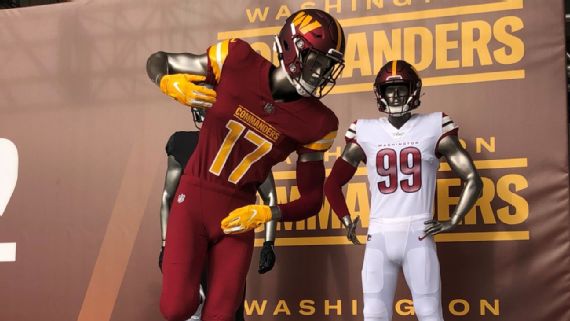 After a nearly two-year process, Washington’s NFL franchise has settled on the Washington Commanders as it’s new name.

Jason Wright was brought in as team president to oversee this rebrand, this effort to find closure from the problematic overtones of the previous name.

Wright announced the new name on Wednesday as well as a new logo and three new uniforms. The burgundy and gold motif has been retained in a white uniform. As well as that, a black uniform and an all-burgundy uniform have been implemented.

The elephant in the NFL room is now the Kansas City Chiefs. Now that Washington has gone some way to redeeming itself, the pressure will be on Kansas to follow suit.

According to IllumiNative director Crystal Echo Hawk, it is a “momentous moment” that can “put a horrible chapter to rest. There’s still a lot of healing that needs to happen, so I don’t think the team’s work in regards to reconciliation and healing is over.

“The NFL is not done,” Crystal Echo Hawk added. “The [Kansas City] Chiefs have to step up and follow the lead and be on the right side of history. Washington has shown these rebrandings can be successful. This is a good thing. All eyes turn to the Chiefs.”

“What this effort really is at its core is not landing on a name that was going to be unanimously loved by everybody but to start a process by which we can continue to preserve what’s best about the burgundy and gold,” Wright said.

“Those have been colors and a name and a franchise that, when you have trouble talking to each other on other topics, you can come together and hug and high-five and be one while cheering this team on.”