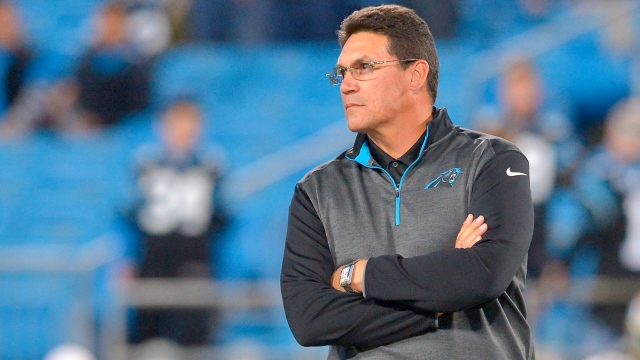 Commanders coach Ron Rivera has thrown his support behind former Dolphins coach Brian Flores in his search for a job.

Brian Flores is at the center of a media storm this week after filing a lawsuit against the NFL as well as the Giants, the Dolphins and the Broncos.

Brian Flores was fired by Miami after three seasons, two of which included a winning record. He has revealed the Dolphins organization offered him a $100,000 per loss as it endeavored to secure a favorable draft position.

Ron Rivera, one of three non-white head coaches in the NFL, says he feels Flores’ frustration.

“This is a very accomplished coach,” said Rivera.

“I can see the frustration and I can feel the frustration. It’s almost as if this is your last resort. How does a guy like that get left out of the hiring cycle?

“If you put his résumé — and took the name off and changed the team he coached for and grew up with — and put it on the table and looked at all the résumés, Brian Flores is the type of résumé you point at. Let’s judge on merit.

“The league has done good things and probably can do more,” Rivera said. “The key is to find opportunities and avenues and put these guys in front of the people that make decisions. If you do this you have to hire people of merit off what they accomplished.”