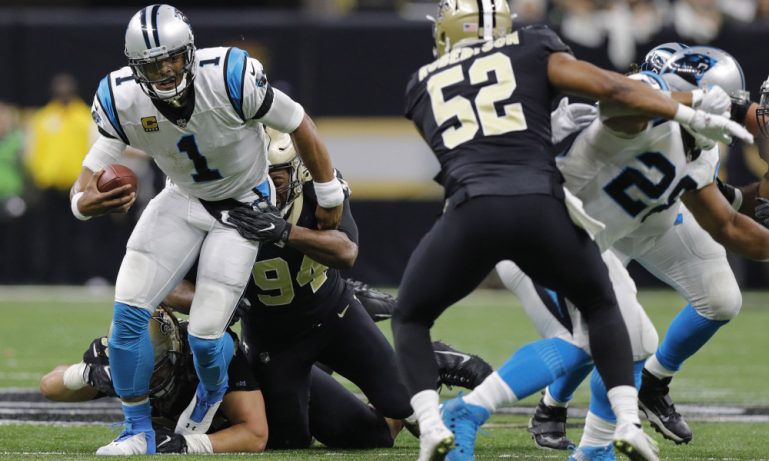 The NFC South has a new head coach, at least two new quarterbacks and a host of uncertainty as the NFL offseason approaches.

Two years ago, we watched the NFC East slog through the season before the Washington Football Team won the rancid division at 7-9. We might see a similar story play out in 2022 with the NFC South.

While the conversation might feel a bit premature as we. haven’t played Super Bowl LVI yet, it’s hard not to look at the South and wonder who is going to be the favorite when we get through free agency and the draft.

Looking around, the Tampa Bay Buccaneers were the heavy favorites this year and followed through with Tom Brady leading them to a 13-4 record. However, with Brady retired and the Bucs about to watch receiver Chris Godwin, tight end Rob Gronkowski, center Ryan Jensen, corner Carlton Davis, defensive tackle Ndamukong Suh and others hitting unrestricted free agency, it could be a long climb back.

Additionally, who is going to be the quarterback moving forward in Tampa Bay? The Buccaneers have second-run pick Kyle Trask but that’s a big step down from the greatest player of all time.

For the New Orleans Saints, the picture might be even more dire. They’re approaching salary cap hell as they’re $75 million over the threshold with no easy cuts to make. While general manager Mickey Loomis will get under the cap by restructuring and extending, the Saints are going to be hamstrung in free agency. And, like the Bucs, who is going to be the quarterback? Jameis Winston is a free agent and Taysom Hill is clearly not the answer.

Then there’s the Atlanta Falcons and Carolina Panthers. The Falcons are the only team which knows who its quarterback is, bringing Matt Ryan back for at least one more year. Atlanta, though, has a legion of questions on both sides of the ball and has struggled to do much of anything in the last few years.

In Carolina, the Panthers are trying to rebuild their offensive line, continue to add to their defense and also find a signal-caller who can significantly upgrade Sam Darnold. If those things don’t happen, it’s tough to make the case for Matt Rhule’s club, even in the weak NFC South.

Every year, there’s always a weak division. The NFC South might be historically so in 2022.