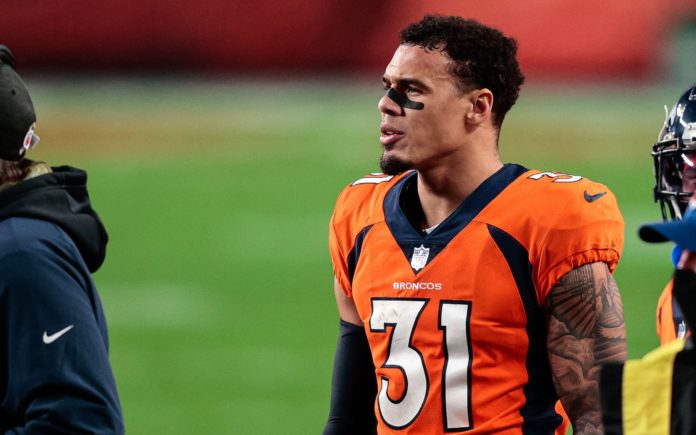 Broncos safety Justin Simmons feels it may finally be the right time for him to appear in a Super Bowl.

Justin Simmons was drafted by Denver in the wake of their Super Bowl triumph in 2015. However since then, the Broncos have never appeared in the postseason.

Buoyed by the arrival of quarterback Russell Wilson, Justin Simmons detects a hunger within the franchise.

“In terms of the playoffs, I’m really excited,” Simmons said. “Like you said, I just missed the Super Bowl with Denver; got drafted the year after, and then since then, the best record that I’ve been a part of was 9-7, just missing that playoff berth.”

“Guys are hungry, and obviously, Russ is hungry. We got a hungry group, we’ve got a talented group, and that’s what I’m really looking forward to. I feel like if you have that — as long as we don’t beat ourselves — I like our chances to host playoff games and eventually hoist the Lombardi trophy at the end of the year.

“I think the confidence level is at an all-time high. Playing in the best division in football, being in the AFC West, is going to be challenging but it’s going to be fun, right? I think Russ kind of hit it on the head in his opening presser when he was officially announced as a Denver Bronco, and saying, ‘I’m not scared of the competition and I want to go up against the best, and there’s no better division to go up against in the AFC West.’

“Seeing (Justin) Herbert, (Derek) Carr and (Patrick) Mahomes twice a year and obviously how talented that offense is, but just as a team. The defensive additions that all those teams have gotten and things like that. I’m just really looking forward to the competitive nature that those games are going to hold. I’m excited for, you know, obviously us, but the fans to watch those games as well. It’s going to be really cool. It’s going to be a lot of fireworks for those games.”