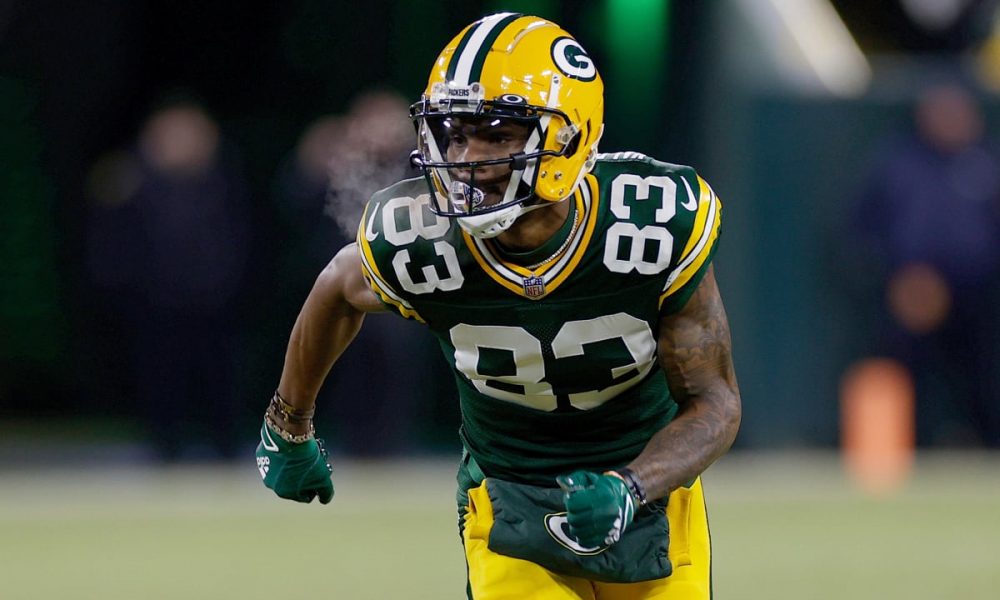 Hill’s departure left a significant void in the passing game, which the franchise is hoping to fill moving forward. According to ESPN, Kansas City has inked former Green Bay Packers wideout Marquez Valdes-Scantling to a three-year, $30 million deal.

I could cry real tears right now. I got cut from my high school team as a freshman to signing a second contract in the NFL. Never let any person place a limitation on who you can be. THANK YOU GOD!!!

Valdes-Scantling played his first four seasons with the Packers, where he developed into one of the team’s primary receiving threats. He became one of star quarterback Aaron Rodgers’ favorite targets.

However, he struggled with injuries last season, missing five games due to a hamstring issue and one due to COVID-19. His limited availability led him to post career lows with 26 catches for 430 receiving yards with three touchdowns.

He will have the chance to latch onto a significant role in the Chiefs’ passing game. He has proven to be a big-play asset behind his speed. Patrick Mahomes’ big arm will allow him to utilize that game-changing ability.

The Chiefs will likely look to add some more passing game talent in next month’s draft. The team acquired the 29th and 50th overall pick in this year’s draft as part of the Hill trade.