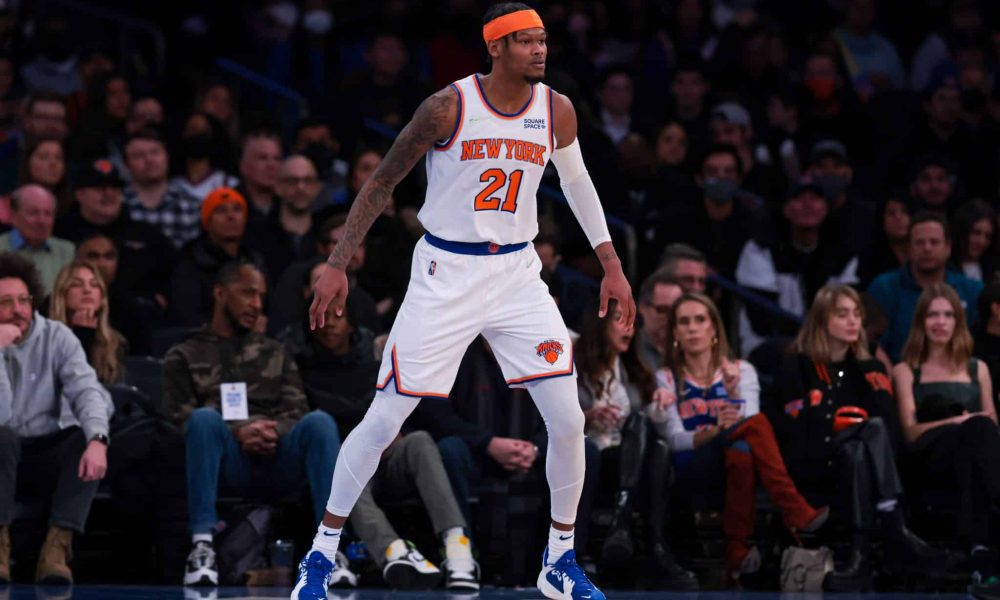 The New York Knicks are floundering in the backend of the playoff picture in the Eastern Conference standings.

Ahead of the Feb. 10 trade deadline, the Knicks acquired Cam Reddish from the Atlanta Hawks after his trade demand. However, the move hasn’t led to what he hoped with the Knicks as the Duke product has averaged only 7.0 minutes per game in his first three games with New York.

According to Marc Berman of The New York Post, head coach Tom Thibodeau didn’t want the Knicks to trade for Reddish.

“Word around the league is when Knicks president Leon Rose moved to strike a deal with Atlanta on Jan. 15, the head coach wasn’t all-in on the move.

“From my understanding, Thibs didn’t want him and they did it anyway,” said an NBA source who has been in contact with Knicks brass.”

It’s quite clear by Thibodeau’s limited playing time for Reddish that he didn’t have plans to add him to the rotation. The 22-year-old doesn’t appear to be in the team’s plans to expand his role despite his ability to stretch the floor with his 3-point shooting, hitting 37.9% from 3-point range in the 34 games with the Hawks this season.

Reddish holds an uphill battle ahead to earn a larger role within Thibodeau’s rotation. He’s in the third year of his four-year, $19.3 million rookie deal that holds an $8.1 million qualifying offer for the 2023-24 campaign.

As the Knicks battle to stay in the Eastern Conference playoff picture, it may open up an opportunity for Reddish.