League of Legends, or LoL, is one of the most popular video games and esports titles on the planet, with over 2 million people playing concurrently every day across all devices, according to PlayerCounter. LoL has beaten Dota 2’s concurrent players that range from 540,000 to 840,000 and CSGO’s 430,000 to 800,000. It even beats both games, and Grand Theft Auto V that’s even more popular because of GTA roleplay, in being the most-watched and most popular game on Twitch.

LoL is currently one of the biggest games in the industry, and LoL esports betting is possible as many sportsbooks offer different odds for markets, including 1st Blood, First to Reach 5 Kills, Total Kills, and the simpler moneyline bet. 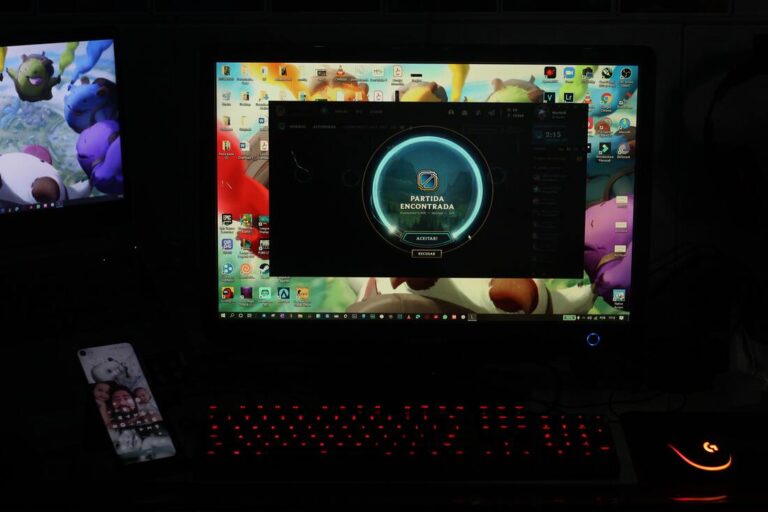 What is League of Legends?

League of Legends is a MOBA or a Multiplayer Online Battle Arena game released in 2009 by Riot Games. Like Dota 2, LoL owes its existence to DotA or Defense of the Ancients, a mod for Warcraft III: The Frozen Throne, as Marc Merrill and Brandon Beck, co-founders of Riot Games, got into playing the mod and thought about making a game that was like the mod. This was before Valve would hire IceFrog, the lead designer of DotA: Allstars, to direct a sequel named Dota 2.

Because LoL is a DotA-like game, there are several similarities between LoL and Dota 2. The typical LoL match consists of two teams of five players competing against each other at either side of the map known as Summoner’s Rift. Each player will choose one out of over 140 champions and start off in a spawning pool that contains their nexus. Players can collect gold and experience from fighting minions and enemy champions, but the main objective is to destroy the enemy team’s nexus.

The only differences between DotA and its sequel Dota 2 and League of Legends are on several terminologies, the multitude of playable characters, the in-game stats of the characters, and the art style.

Both teams will have five champions each and will frequently clash to earn gold for in-game items that can help them win the game. LoL betting will focus on the number of kills and which team will ultimately win, but bettors should also consider checking the teams’ economy per match since these can affect how a match will go.

Where to Bet on LoL?

Esports bettors can bet on LoL matches through different sportsbooks and esports platform providers. Bettors can access these by registering in a trusted online casino in Singapore or Malaysia while also ensuring that their winnings are safe.

The sportsbooks available in CM2Bet include the following:

Do’s and Don’ts of LoL Betting

Just like any other sports and esports betting option, bettors must be strategic with how they bet and maximise their winnings. It’s not fun to bet when people are always losing. Bettors can show their support to their teams by betting on them, and this alone can be a fun experience, but winning some real money is even more fun.

Below are some of the basic dos and don’ts in LoL betting: 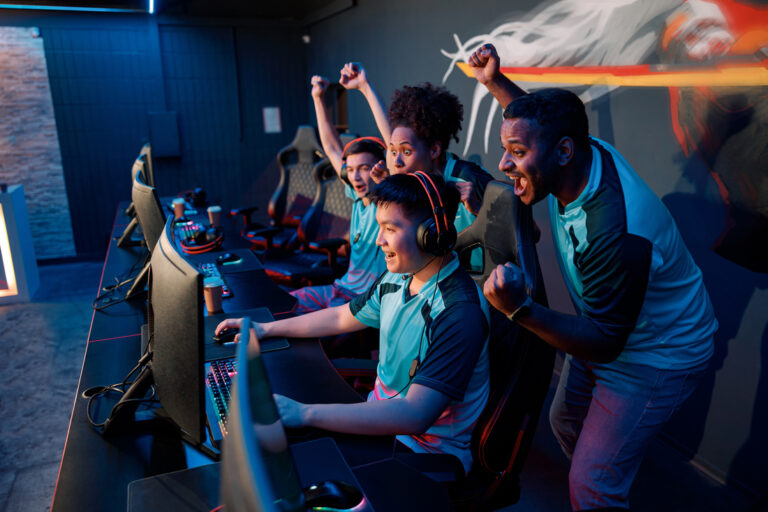 Read more: How to be a Successful Bettor

First blood is the term used regarding the first kill in a match. Gaining first blood can be vital in a match as it gives a particular team or player an edge against their opponents, but this is debatable since it’s not that difficult to make a comeback after only one death. If both teams end up tied so soon after first blood, then any advantage is already cancelled out.

First blood usually happens in the first ten minutes of a match, so bettors will be able to find out if they win or not and possibly hedge their bets through live moneyline betting.

Seeing LoL players get kills is exciting, just as exciting as witnessing first blood, and being able to bet on it makes it even more exciting. When two teams are equally matched, it can be hard to determine which team will get the first five kills.

Betting live is advisable since it’s easier to determine which team will get the first 5 or 10 kills in a match after seeing how they perform.

The Total Kills market in esports betting is similar to both over/under and odd/even markets in that bettors need to guess how many kills there are in a certain match. Bettors can bet on the number of kills being over or under 22.5 or bet on whether the final number of kills is odd or even. 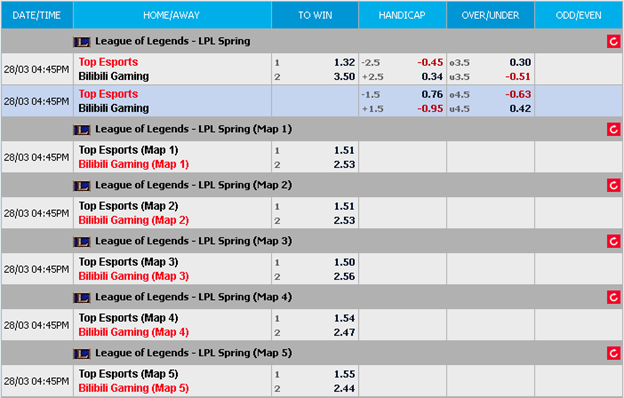 Sample of SG odds on the League of Legends LPL Spring match between Top Esports and Bilibili Gaming on March 28, showing both the match itself and the Map 1-5 selection.

Like Dota 2 betting, LoL betting is just as fun since both games typically follow the same format. Esports bettors only need to look for a trustworthy online casino to access a sportsbook in Singapore or Malaysia to start betting on. Betting through a reliable casino ensures that bettors have a secure and enjoyable betting experience.

Register today and see CM2Bet‘s selection of sportsbooks for you to start betting on sports and esports events.

The post Esports Betting: How to Bet on LOL? first appeared on CM2BET.