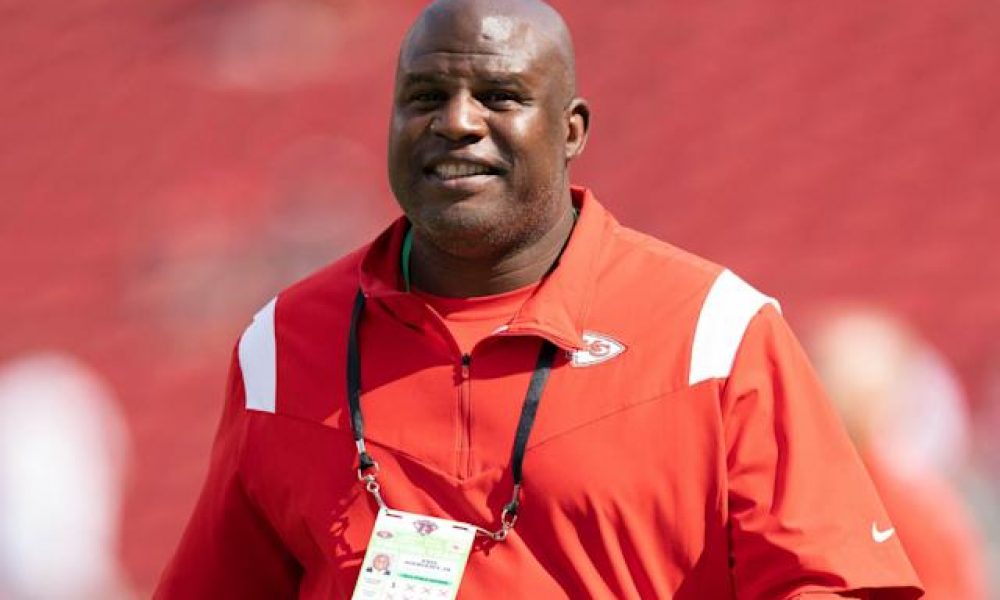 Over the last couple of years, Kansas City Chiefs offensive coordinator Eric Bieniemy has become a hot name in the head coaching carousel.

He drew plenty of interest last year and some more after the conclusion of the 2021 regular season. Despite that, ESPN is reporting that Bieniemy is returning to Kansas City on a one-year deal.

Eric Bieniemy is returning to the Kansas City Chiefs as offensive coordinator for the 2022 season, a source confirmed to ESPN on Thursday.

The news was first reported by NFL Network, which also reported he will be returning on a one-year contract.

The decision to ink a one-year deal makes it clear that Bieniemy will put himself into the head coaching mix next offseason. He has become a hot name due to his strong work with Patrick Mahomes, who has run one of the league’s most dynamic offenses.

The Chiefs have been one of the league’s biggest powerhouses the last few seasons, reaching the AFC championship game in four consecutive years, with a pair of Super Bowl appearances and a Vince Lombardi trophy to show for it.

Bieniemy has played a considerable part of the equation with his playcalling as the offensive coordinator. The Chiefs are in line to have another highly productive campaign with their core group sticking together along with likely more added pieces to the puzzle.

In the meantime, Kansas City will have to prepare for Bieniemy’s potential departure after the 2022 campaign. The franchise holds plenty of time to figure it out, but it’s an imminent fate ahead.