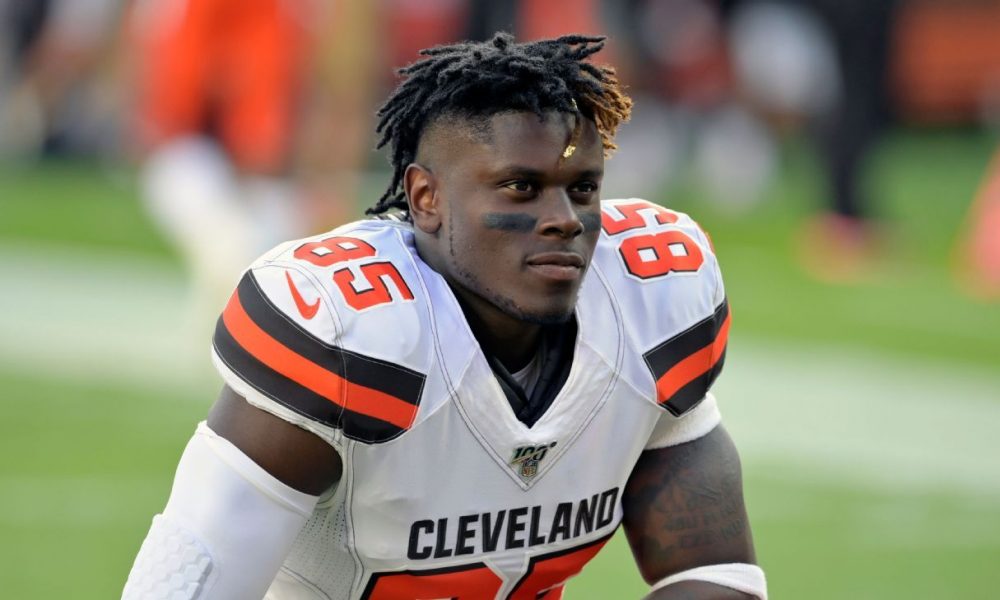 Over the last few years, veteran tight end David Njoku struggled to find his footing with the Cleveland Browns.

The bumpy situation led him to demand a trade, but the relationship between both sides has completely turned around. According to ESPN, the Browns have signed Njoku to a lucrative four-year, $56.75 million contract that includes $28 million guaranteed

Cleveland had previously placed the franchise tag worth roughly $10.9 million on him for the 2022 season. The two sides had until July 15 to work out a long-term contract, which they beat that deadline by several weeks.

The new deal for Njoku underlines his importance to the offensive game plan, especially with star quarterback Deshaun Watson under center.

In his first five NFL seasons, the 25-year-old has 148 catches. He tallied 36 receptions for 475 receiving yards and four touchdowns last season.

He has struggled to put up numbers that match his breakout 2018 campaign, where he recorded 56 catches for 639 receiving yards and four touchdowns. His lack of a consistent role in the passing game led him to previously air his desire for a trade.

The Browns have completely gone all-in on their offense, by acquiring Watson and star wide receiver Amari Cooper to pair alongside Njoku.

Cleveland already possesses a dynamic running game led by Nick Chubb and Kareem Hunt. The pieces are in place for the Browns to potentially take a significant leap forward in 2022.

Much of which will rest on the possible suspension that the NFL may levy on Watson for his legal issues.