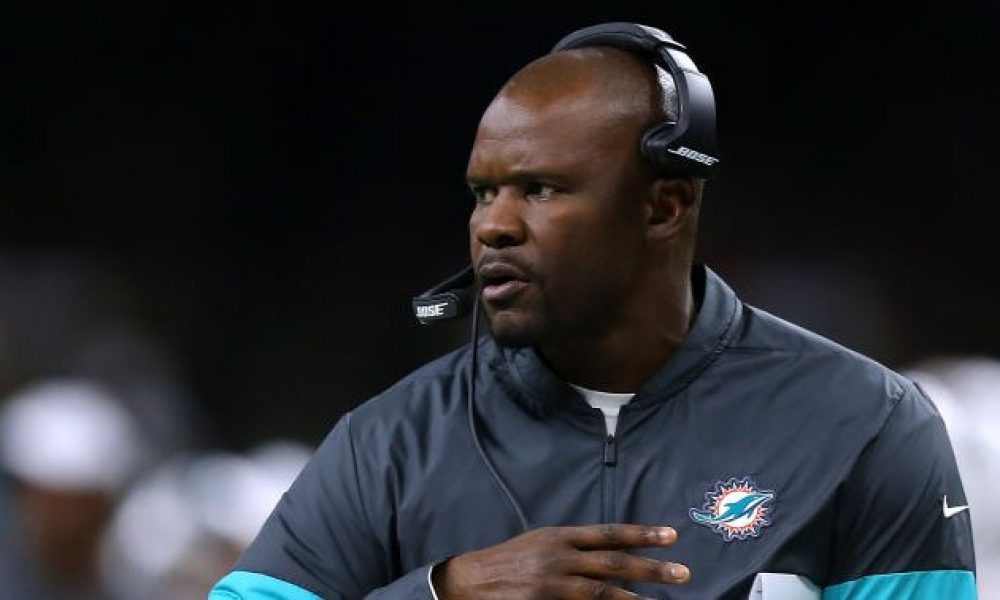 Brian Flores will throw grenades at the NFL from the inside next season after being hired by the Pittsburgh Steelers.

The former Dolphins head coach joins Mike Tomlin’s staff as a defensive assistant and linebacker coach. It’s a time of change in Pittsburgh with Teryl Austin’s promotion to DC following the retirement of Keith Butler.

Brian Flores is embroiled in a race discrimination class action against the NFL and three of it’s teams. According to his lawyer, he will persist with the legal action while coaching for the Steelers.

“I am excited about Brian Flores joining our coaching staff given his history of developing and teaching defensive players during his time in the NFL,” Steelers coach Mike Tomlin said in a news release. “Brian’s resume speaks for itself, and I look forward to him adding his expertise to help our team.”

Flores was fired as head coach of the Dolphins last month after three seasons and a 24-25 record. He also has previous experience as a playcaller for the New England Patriots.

He is suing the NFL, as well as the Giants, Dolphins and Broncos on grounds of racial discirimination. Flores claims New York and Denver only interviewed him to comply with the Rooney Rule.

In addition, he alleges that Dolphins owner Stephen Ross offered an incentive of $100,000 per defeat in an effort to secure a high draft pick.

Read: 5 Teams That Should Trade For Russell Wilson

“While Coach Flores is now focused on his new position, he will continue with his race discrimination class action so that real change can be made in the NFL,” said his lawyer, Douglas H. Wigdor.