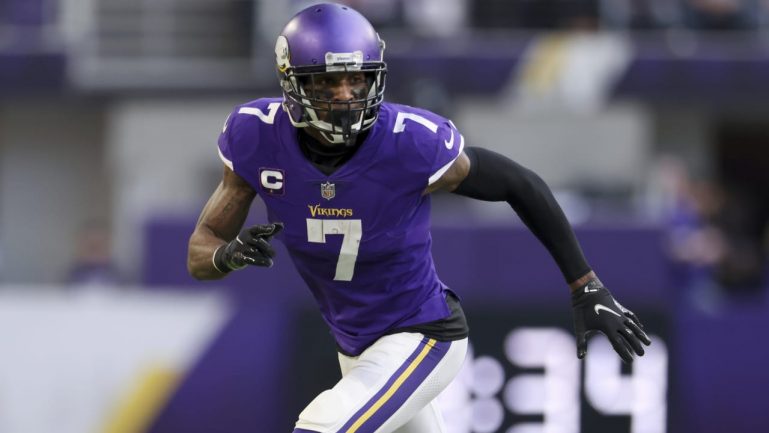 After spending the last few weeks gauging the free-agent market, former Pro Bowl cornerback Patrick Peterson has decided where he will play next season.

During his “All Things Covered” podcast on Wednesday, Peterson announced he will return to the Minnesota Vikings on a one-year deal.

“I’m gonna stay put in Minnesota and run it back with the guys. Keep it in the North,” Peterson said via ESPN.

Peterson spoke to several other teams during the free agency process, including the Buffalo Bills, Chicago Bears, Indianapolis Colts, Washington Commanders, and Tampa Bay Buccaneers. However, he felt his best interest would be to come back to the Vikings for one more season.

“I just felt it was right just to be there and grind with those guys and try to all come together for that common goal. The team is stacked,” he said. “Like I always talked about last year, we just didn’t put it together in certain situations but we got even better, I believe, this year in the offseason by adding a great offensive mind in Kevin, adding pass rusher (Za’Darius Smith) to help Danielle [Hunter], with Ed coming from his defensive background.

“These guys are definitely trying to put the pieces into place and now it’s just on us, the coaching staff and the players, to go out and executive and put together the best game plan possible to get some dubs.”

Peterson’s return helps solidify the Vikings secondary. He isn’t drawing the assignment of covering the opposing team’s best receiving option, but more so playing a mentor role to the team’s younger talent. He will assume that responsibility again in 2022.