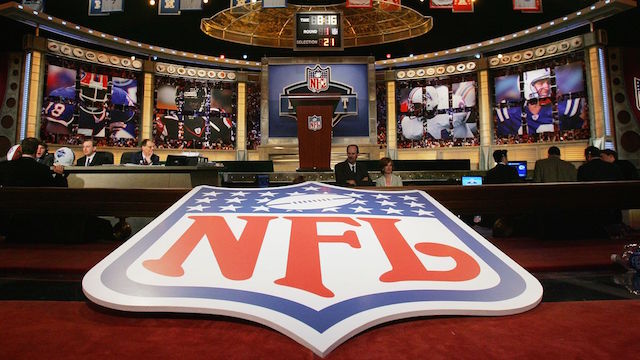 The Detroit Lions need help everywhere. Should they use one of their first-round picks on their next quarterback or wait?

Brad Holmes has a huge decision to make.

The Detroit Lions’ general manager is holding a pair of first-round picks for the 2022 NFL Draft, sitting at Nos. 2 and 32 overall. For the two-win Lions, this isn’t about drafting for need. Those are everywhere, across both the offense and defense. This is about taking the best players available, while also weighing one very important position.

If Holmes wants, he can easily go best player available at every one of his picks. Nobody would call him out, at least nobody serious. The Lions are building for the long haul, which is why head coach Dan Campbell was given a six-year deal.

However, this is the NFL. There’s always pressure, and everyone working in Detroit understands that as well.

While the Lions aren’t going with a quarterback at the No. 2 overall selection, their latter pick is intriguing in this regard. Assuming Detroit goes with someone like Michigan native and Wolverines edge rusher Aidan Hutchinson with its first choice, does it double back and take an offensive upgrade at No. 32?

This year’s rookie crop isn’t known as one of the better quarterback pools we’ve seen in recent years. Most believe we’ll see two, maybe three go in the first round with Liberty’s Malik Willis, Pittsburgh’s Kenny Pickett and Ole Miss’ Matt Corral as the hottest names. Some also like Desmond Ridder of Cincinnati. Should a few of them be there when the last pick of the first round comes onto the clock, what does Detroit do?

The Lions have Jared Goff under contract over the next three seasons, but he can be released or traded after the ’22 season and be a financial net positive for the team. Making a move for a signal-caller now would make ample sense if the Lions believe any of the aforementioned names are potential franchise players for them down the line. It’s especially critical to get them in the first round, because that includes the fifth-year option.

The guess here? Holmes goes other directions, allows Goff to start and finish 2022 and then starts seriously considering other options at the position. But if a quarterback falls to No. 32 who the Lions like? Makes all the sense to act now, let him sit behind Goff for a year and then roll from there.