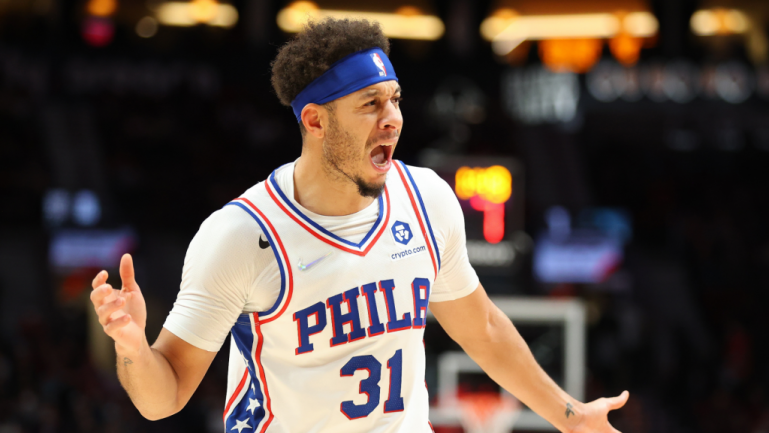 Seth Curry has responded to speculation that he has a strained relationship with Brooklyn Nets teammate Ben Simmons.

Ben Simmons’ divorce from Philadelphia culminated in a blockbuster trade that sent James Harden the other way. As a result, Seth Curry and Andre Drummond joined Ben Simmons at Brooklyn.

Former teammate Danny Green alleged on his podcast that Curry and Ben Simmons had a frosty relationship. However, Seth Curry waived away such suggestions on Thursday.

“The relationship was fine,” Curry said.

“He wasn’t around. So I don’t know what [Green] meant by that. ‘Wasn’t cordial,’ I don’t know what that means, but the relationship was fine. He just wasn’t around so we didn’t see him a lot or we didn’t talk a lot. But as far as now, he’s on my [team]. I went to battle with him last year, we did a lot of good stuff and I’m going to go to war with who I’m going to go to war with and who’s on my team, so I’m looking forward to getting back out there with him and doing good stuff.

“I said from day [one], even when he was out early in the season, people were asking me if I feel like, if Ben comes back, should he apologize to us or whatever? I understand the business; he doesn’t need to apologize to anybody. When he’s on the court, I know he’s going to do his job and he’s going to do what he does. So I understand the business. He was doing what he felt was best for himself business-wise and personal-wise.”

Read: Knicks To Shutdown Kemba Walker For The Rest Of The Season

“And the team’s going to do the same thing as far as making trades or whatever, so I understand it, I’ve been around it; I don’t take anything personal. When we’re on the court, we’re teammates. Everything’s fine. And we depend on each other to do good things. There’s been nothing negative he’s done to me personally, so I’m fine.”