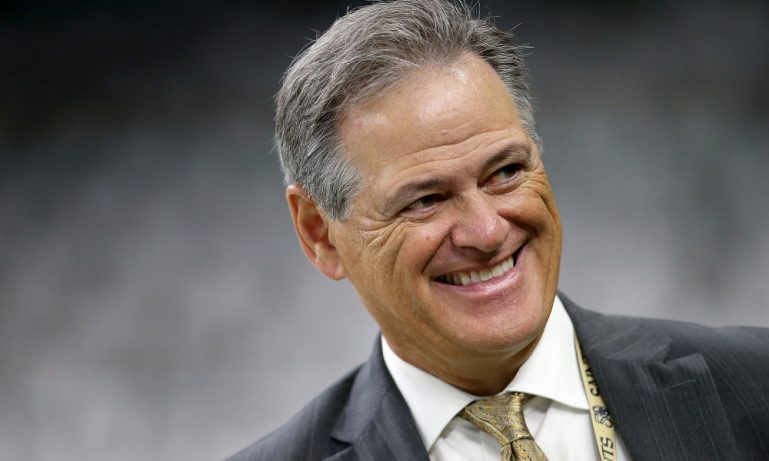 The New Orleans Saints love to push money into future years, but at some point, general manager Mickey Loomis has to face the ongoing cap crisis.

Only $76 million over the salary cap? Try giving Mickey Loomis a real challenge.

The New Orleans Saints’ general manager finds himself in the toughest position of anybody as the NFL’s new league year approaches on March 16, when each team must be under the threshold. However, this is nothing Loomis isn’t used to, as he’s been restructuring and extending his way out of these tight corners for the better part of a decade.

New Orleans, however, is in an intriguing spot. The Saints are without a clear starting quarterback as last year’s Week 1 starter is on the open market in Jameis Winston. New Orleans also needs to desperately upgrade its weapons, with only receiver Michael Thomas — after missing all of 2021 with an ankle injury — and running back Alvin Kamara as reliable options.

So how do the Saints compete in a very winnable NFC South? For Loomis, the first part of that equation is figuring out how to get under the cap.

The easy moves aren’t many. Corner Bradley Roby can be released for a savings of $9.5 million, but otherwise it’s a bevy of small cuts and a litany of restructures and extensions, as aforementioned. The Saints can move money around and will need to, but if they want to franchise tag star safety Marcus Williams as well, it only becomes more troublesome. Williams would cost New Orleans roughly $13 million, all of which counts against the ’22 cap whether or not Williams signs the tag.

Going into free agency, Loomis is essentially sitting out the proceedings. Even with all of his cap magic, the Saints aren’t going to have the ability to make any real moves, hamstringing first-year head coach Dennis Allen, who is taking over for Sean Payton. Allen has to feel decent about the defense he’s coordinated for the past seven seasons, but the 49-year-old also realizes that unless there’s a massive influx of offensive help in the draft, it’s going to be very hard to score consistently with this group.

Loomis and the Saints are in a familiar spot. That doesn’t mean it’s going to be an easy road for a team long on needs and short on fixes.