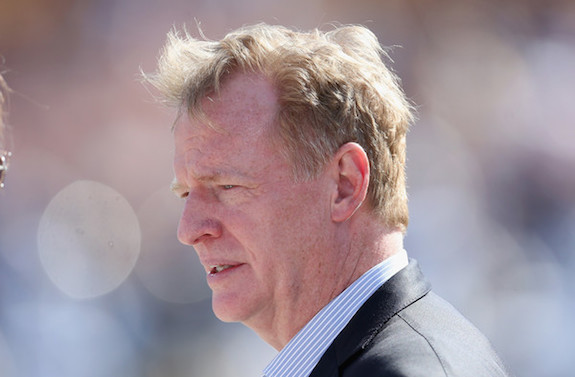 Commissioner Roger Goodell says the NFL ‘won’t rest’ until it achieves better diversity outcomes amidst a fresh wave of controversy.

The issue came to the fore recently after ex Dolphins head coach Brian Flores filed a class action lawsuit against the NFL and some of it’s teams.

Brian Flores claims he received a text from Bill Belichick the day he interviewed for the Giants job which proves the Giants had already given the job to someone else a few days previously.

While Roger Goodell spoke well, and has historically spoken well, the problem is he has no influence here. It is up to the 32 league teams to make decisions that lead to more diversity.

“We believe in diversity,” Goodell said.

“We believe it has made us stronger. People who have come into the league who are diverse have been very successful and made us better, and we just have to do a better job. … Is there another thing that we can do to make sure that we’re attracting the best talent and making our league more inclusive? If I had the answer right now, I would give it to you. I would have implemented it.”

Currently, the league has a total of 5 minority head coaches.

“I think we have to continue to look and find and step back and say, ‘We’re not doing a good enough job here.’ We need to find better solutions and better outcomes. Let’s find more effective policies, make sure everyone understands. Let’s make sure that we’re looking at diversity and incentivizing that for everybody in our building.”

“… We’re not having the success we want with head coaches. How do we evolve that rule, or do we have to have a new rule? Do we need to find some other way of being able to achieve that outcome? I think we’re not going to rest until we find that, until we get those outcomes that are mandatory for us to move forward and have an inclusive league.”