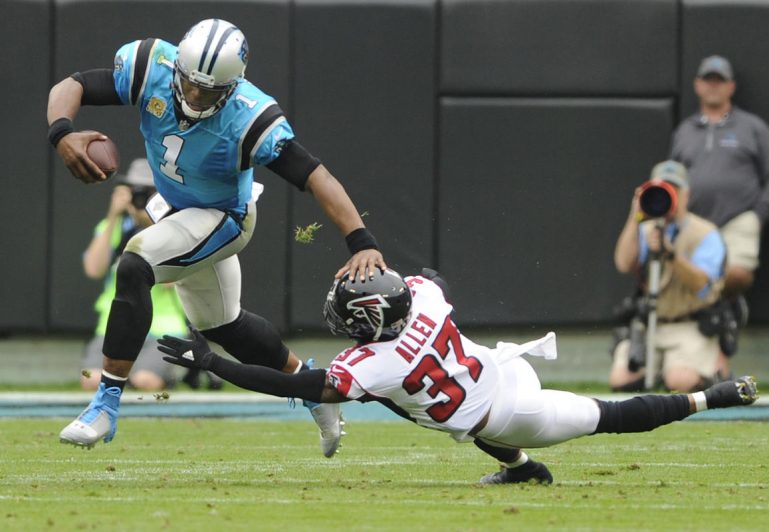 Safety Ricardo Allen has retired after seven NFL seasons and appears destined for a coaching role in the near future.

Ricardo Allen was drafted by the Atlanta Falcons out of Purdue in the 5th round of the 2014 NFL Draft. He played in Atlanta for six seasons before playing one year with the Cincinnati Bengals.

His second season with Atlanta was notable for his career-high 90 tackles and two interceptions as the Falcons finished runners up in the Super Bowl.

His career finishes on a similarly disappointing note as the Bengals lost 23-20 to the Los Angeles Rams in this years’ showcase.

“I’ve always wondered how it would feel giving up what most people would consider to be ‘most of me’, and that’s being a professional athlete. But, the truth is, I’m blessed to be able to say that it’s been good. It could have been better with two Super Bowl rings, but who’s complaining? Not me,” Ricardo Allen said on Instagram.

“Dear, football career. I’m grateful for you, and I’m thankful for the opportunity you gave me to turn nothing but hard work into the foundation of a growing legacy. You’ve shown me it’s not about how you start; it’s about how you finish.”

Allen started 12 games for Atlanta in 2020 but found his role with the Bengals diminished as he struggled with injuries. As a backup to Jessie Bates and Von Bell, he totaled 15 tackles in 14 games, of which only one was a start.

“I’m blessed to be able to take the cleats off on my terms with a true burning love for the game and pretty cool opportunities within reach,” Allen wrote.

“I am ready to take all of this knowledge and to help guide the next generation of men to achieve their goals, while ultimately, we all achieve our goals together when you see me on the other side with the head set on.”