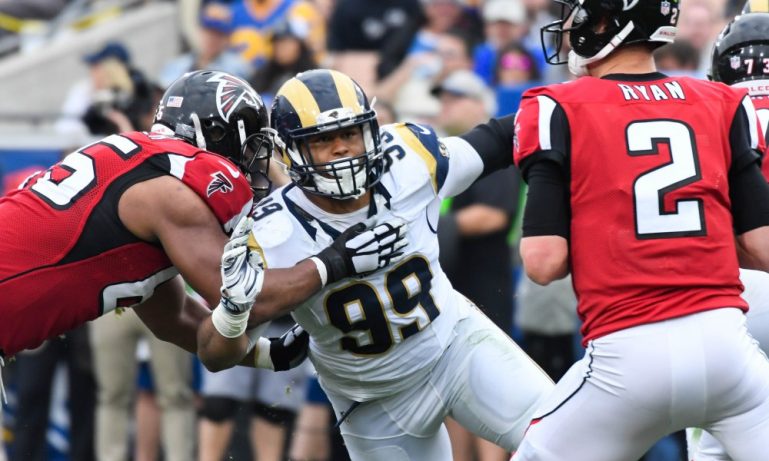 The Los Angeles Rams earned their second Super Bowl win after a thrilling 23-20 victory over the Cincinnati Bengals.

Much of the storyline focused on star defensive tackle Aaron Donald’s future as reports surfaced that he may heavily consider retirement. After the game, Donald chose not to address the chatter, voicing that he wanted to enjoy the moment with his family.

The retirement chatter didn’t arise until hours before the Super Bowl when former New England Patriots safety Rodney Harrison broke the news on NBC Sports. Donald never publicly mentioned that it could be possible if the Rams won.

He still possesses three years left on his deal worth $55 million, which none hold any guaranteed money. Through his first eight seasons, he put together a Hall of Fame-caliber career, with eight Pro Bowl selections, seven First-Team All-Pro nods, and three Defensive Player of the Year awards.

Donald is playing at the top of his game, putting together an impressive performance in Super Bowl 56. He recorded a pair of sacks while his near sack on Joe Burrow on what turned out to be the Bengals’ final offensive play sealed the game.

Donald will likely give himself time to celebrate the Super Bowl win before deciding on his NFL future.