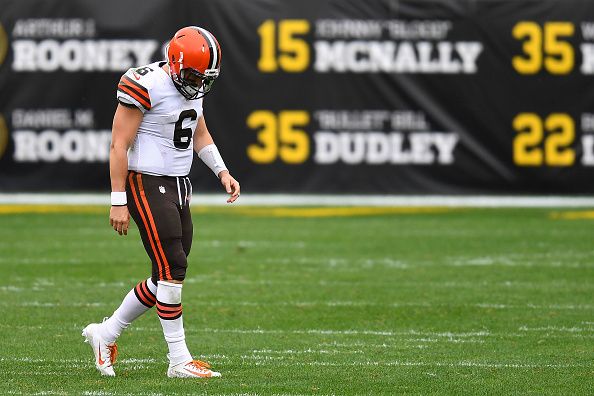 Although the rumor mill has struck Charlotte, NC again, it seems the noise may be just that—rumors.

The Panthers are reportedly not interested in star quarterback Baker Mayfield, according to ESPN’s David Newton. Earlier on Tuesday, The Athletic’s Jeff Howe reported that the franchise and Seahawks had preliminary discussions with the former No. 1 pick.

The Charlotte Observer’s Jonathan M. Alexander reported that a source told him that the franchise is “not pursuing him at this time.”

Carolina has openly been searching to add a quarterback to its rosters despite Sam Darnold, the No. 3 pick from the same draft year as Mayfield, still donning the Carolina blue, black and silver. It even went as far as reportedly making an offer to Deshaun Watson, who eventually waived his no-trade clause in order to join the Browns.

Since the trade, Cleveland has allowed the 2017 Heisman Trophy winner to search for a trade partner.

The Watson-Browns blockbuster trade followed days of drama involving Mayfield and the franchise. During their pursuit of the former Texans quarterback, Mayfield posted a letter to social media on March 15 thanking Cleveland and their fans on the same day the franchise met with the former Texans’ quarterback. The next day, ESPN’s Chris Mortensen said the Browns were looking for “an adult” to fill the quarterback role, signaling that a breakup was imminent.

But then, the Watson trade talks hit what looked like a snag at the time. Cleveland was told it was out of the running. Mayfield then requested a trade from the Browns, which Cleveland was not willing to accommodate at the time.