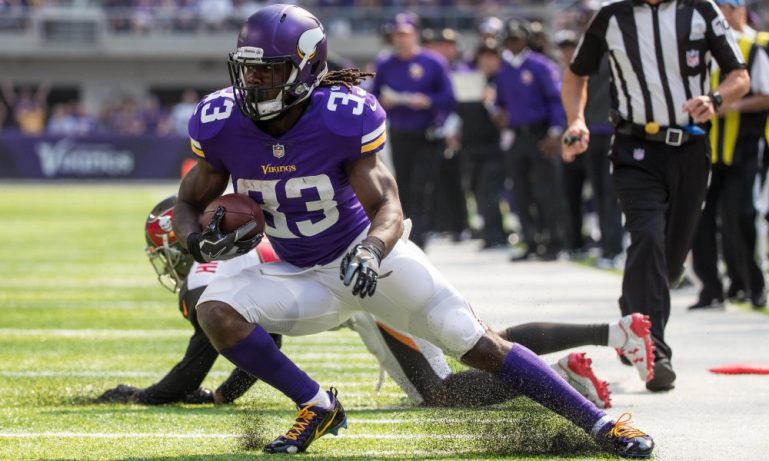 After watching a great game on Thursday night, we now turn our attention to the rest of the NFL Week 2 slate, headlined by two primetime showdowns.

The opener of a Monday night doubleheader has the Titans going to Orchard Park for a date with the Bills, who are coming off a long rest after crushing the Los Angeles Rams to begin the campaign. For Tennessee, it’s an enormous opportunity to prove its worth remembering after being the AFC’s top seed last year. However, a loss for the Titans and they fall to 0-2. Can Derrick Henry gash the Bills, or will Josh Allen throw all over the visitors under the lights?

Fascinating game out west, with both teams trying to avoid an 0-2 start. The Cardinals were humbled at home in Week 1, allowing 44 points to the Kansas City Chiefs in a blowout loss. The Raiders were far more competitive, losing 24-19 on the road against the Los Angeles Chargers despite Derek Carr throwing three ill-advised interceptions. Whoever wins will feel their season has been stabilized, while the loser will be panicked and winless.

Big game for a pair of 1-0 teams. Last November, the Dolphins were 2-7 and beat the Ravens by a 22-10 score on Thursday night in Week 10, sending Baltimore into a tailspin. Now, Lamar Jackson and Co. get Miami on their turf for the home opener, trying to prove last year’s result was a fluke. For the Dolphins, this is a very important game, as they have the Bills and an away date in Week 4 against the Cincinnati Bengals on deck. A loss, and the Dolphins could easily be 1-3.

Terrific divisional matchup. The Buccaneers and Saints are fighting for the NFC South’s top spot in the early going. New Orleans will have the advantage of a raucous Caesar’s Superdome, while Tom Brady is looking for his first regular-season win over the Saints since joining Tampa Bay. It’s a measuring stick for both teams, with the Buccaneers knowing their next two games come against the Green Bay Packers and Chiefs.

Phenomenal game to end the week. Philadelphia and Minnesota are both 1-0, and the winner here has a legit claim as a top-flight contender in the NFC. The Eagles are at home, and Philadelphia has a complete roster, but the Vikings shut down the Green Bay Packers in Week 1 while receiver Justin Jefferson dominated.