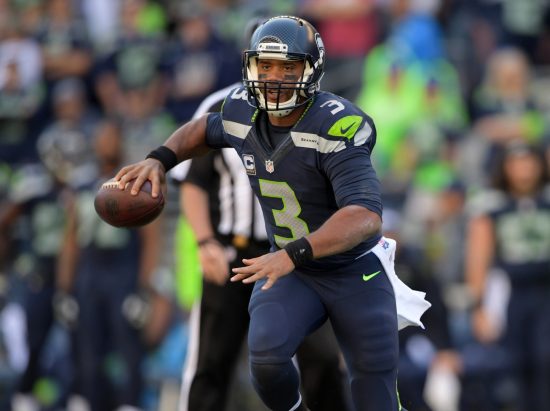 Looking ahead to the NFL Week 1 matchups, these five quarterabcks should stuff the stat sheets come next weekend.

Brady has been much-maligned throughout the offseason, but counting him out on Sundays is a bad move. The Buccaneers will have receivers Mike Evans and Chris Godwin for the primetime showdown, and while Cowboys corner Trevon Diggs is a Pro Bowler, Dallas’ secondary can be had. Additionally, Brady torched this defense a year ago and while Tampa Bay’s offensive line is a real concern, look for the Bucs to score their points.

Jackson doesn’t have a single proven receiver on the roster, but tight end Mark Andrews is coming off a First-Team All-Pro selection. Furthermore, Jackson’s legs will always be a factor, and that should come into play abasing a young Jets defense which could blow assignments as they learn. Baltimore has a history of plastering overmatched opponents, and Jackson has had some memorable Week 1 showcases. This could be another insane of both situations.

Herbert and Derek Carr could both go off next Sunday, but we’re rolling with Herbert as the proverbial pick to click. The Chargers are loaded up offensively with receivers Keenan Allen and Mike Williams, along with running back Austin Eckler out of the backfield. While the Raiders have a pair of dynamic pass rushers in Maxx Crosby and Chandler Jones, the secondary is a mess. Los Angeles could have an enormous day through the air in its home opener.

The Broncos visit the Seahawks on Monday night to close out Week 1, and it’s the return of Russell Wilson to the Pacific Northwest. Although Denver was dealt a harsh blow with the season-ending torn ACL of receiver Tim Patrick, the Broncos still have Jerry Jeudy, Courtland Sutton and K.J. Hamler. Meanwhile, Seattle is in a full-blown rebuild, paving the way for Wilson to throw all over the Seahawks in the opener.

Mahomes has been doubted publicly throughout the offseason, by former teammates and pundits alike. After a perfect preseason — three drives, three touchdowns — he draws the Cardinals in Week 1, a team without a stout defense. Look for Mahomes to go great guns to start the year, setting a tone.