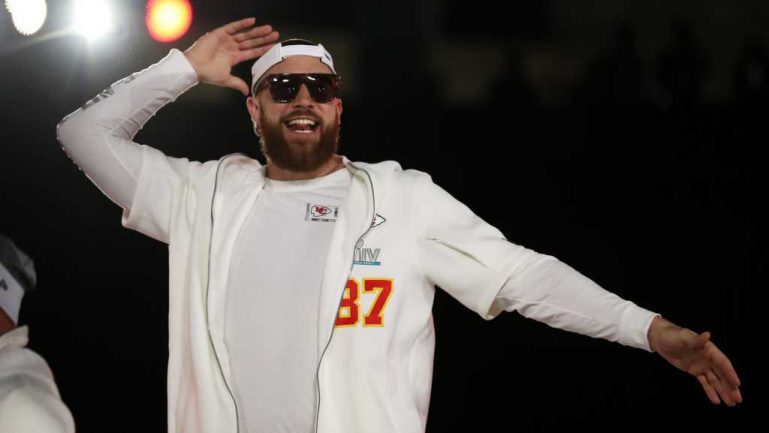 In our NFL power rankings, we look at which five AFC tight ends are the best at their craft heading into the 2022 season.

Henry was brought on into New England with a massive four-year deal and he played adequately in the first season of it. Helping the Patriots reach the postseason for the first time in the post-Tom Brady era, Henry caught 50 passes for 603 yards and nine touchdowns, leading the team in the latter number. New England also saw Henry play in all 17 games, something that should. make it feel good knowing Henry’s injury-prone history.

Gesicki earned the franchise tag this offseason, after being the most consistent weapon on Miami last year besides rookie receiver Jaylen Waddle. While Gesicki likely becomes the third option in the offense behind star receiver Tyreek Hill, he should still see plenty of targets from third-year quarterback Tua Tagovailoa. The Dolphins will need to make a decision after this season about whether to retain Gesicki or allow him to hit unrestricted free agency for the first time in his career.

Waller is one of the most explosive players in the league, albeit struggling with injuries in 2021. The Raiders’ tight end caught 55 passes for 665 yards and two touchdowns, playing in only 11 games. However, when Waller is healthy, he’s arguably a top-three player at the position. Now, with receiver Davante Adams drawing coverage alongside slot reciter Hunter Renfrow, Waller could have a career year ahead of him.

Andrews has long been a good player, but he burst onto the national scene in 2021. Despite playing in a run-first offense that had backup quarterback Tyler Huntley running the scheme for the final month of the season, Andrew totaled 1,361 receiving yards, sixth-best in the NFL regardless of position. He earned First-Team All-Pro honors for the Ravens and at only 26 years old, could be entering his prime.

Kelce will one day walk into Canton as a first-ballot Hall of Famer. Before that, though, he’s looking to pad his resumè and perhaps win a second Super Bowl. Paired with quarterback Patrick Mahomes, Kelce went for 92 catches, 1,125 yards and nine touchdowns last year. The 32-year-old has shown no signs of aging, and with Tyreek Hill now on the Dolphins, he might get even more targets in his 10th NFL season.