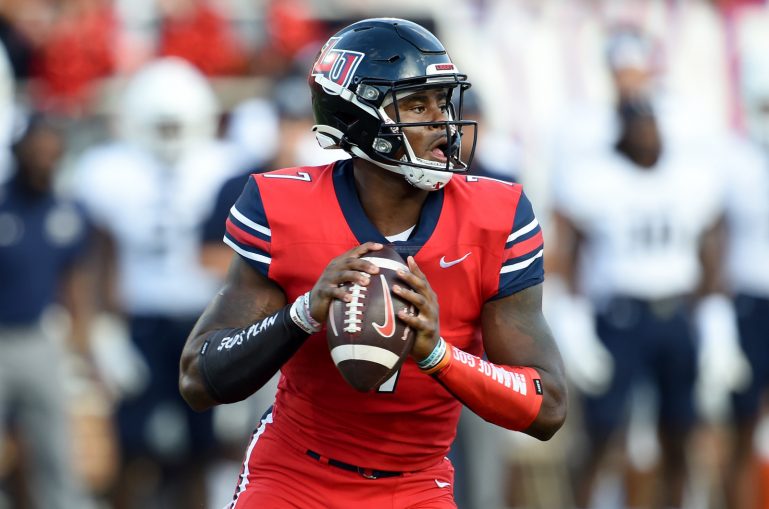 Liberty quarterback Malik Willis talks like someone who believes he’s destined for NFL greatness, but it wasn’t always that way.

The 22 year old only took an interest in the sport ‘when I started getting better at it’. Malik Willis still didn’t think he was NFL bound while he played for Auburn.

Instead, he transferred to Liberty and enjoyed a fantastic 2020 season in which he threw for 2,250 yards, 20 touchdowns and 6 interceptions. As well as that, he had 944 rushing yards and 14 rushing touchdowns.

Now, there is a swagger about Willis. He even believes he deserves to be the first quarterback to be selected in the upcoming draft. He’s not fazed by that prospect, either.

However with a 6.1 completion percentage for 2021, he undoubtedly has work to do on his accuracy. Willis says he’s been working on his footwork to address the shortcoming.

“Somebody’s always going to think [you’re] trash,” Willis said. “That’s just the way the game goes. It is what it is. I’m going to just keep on going. I’m not playing for their approval.

“That’s where some of the flaws in my game come from, maybe some inaccuracies,” he said.

“It’s just from footwork. It’s not from just being inaccurate. They can just say I can’t throw, whatever.”