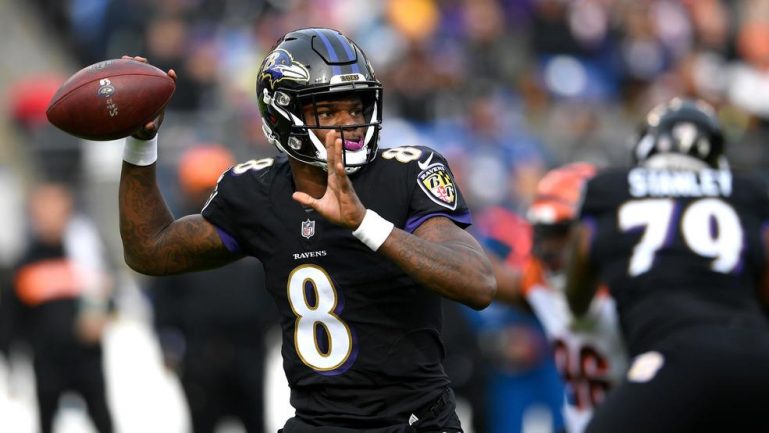 Jackson is in the fifth-year option of his rookie deal without any traction toward an extension. The lack of contract talks has created the growing concern that he isn’t committed to the team beyond his contract.

However, the former league MVP quickly shot down that notion by taking to Twitter to voice that he has no thoughts about leaving Baltimore.

“I love my Ravens I don’t know who the hell putting that false narrative out that I’m having thoughts about leaving stop tryna read my mind,” Jackson tweeted.

The 25-year-old’s remarks erase much of that doubt, but he still remains without a long-term deal. He hasn’t moved toward inking a new contract and instead brushed aside any discussion concerning an extension.

Meanwhile, general manager Eric DeCosta continues to voice a strong desire to work out a new deal. The team wants to get an extension to keep the Pro Bowler for the foreseeable future.

However, Jackson hasn’t talked to the team about working out a contract. The Ravens are waiting for him to sign a new deal.

Jackson can easily command a lucrative deal that would start at a $40 million annual salary. His resume stacks up or could be argued that it is better than Dak Prescott, who inked a four-year, $160 million contract last offseason.

The entire situation will come down to Jackson meeting with the Ravens to finally hammer out a long-term deal.