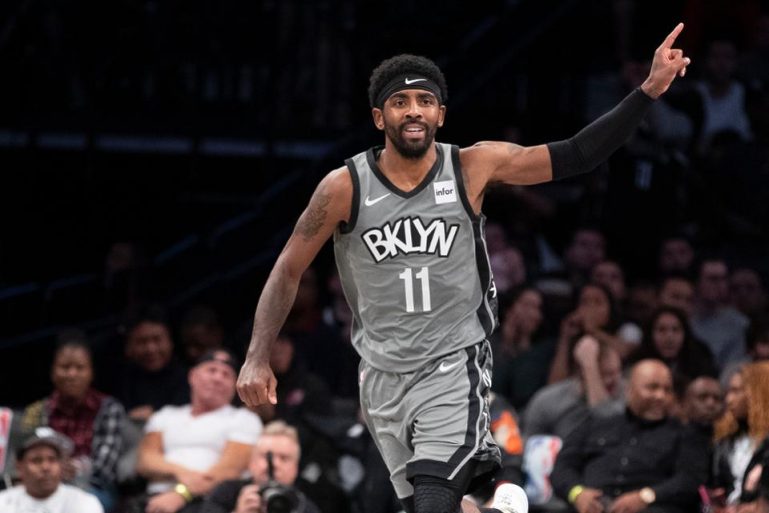 Last week Kevin Durant stressed he isn’t a ‘savior’ for the Nets, and nobody was happier than him to witness Kyrie Irving score 50 points on Tuesday.

Brooklyn entered the game against Charlotte having lost 17 of their last 20 amid the departure of James Harden. With the 131 – 121 victory, they improved to 33-33.

“Everything he does is pure,” Durant said after the game. “It looked so easy tonight. I look up, he had 10 points and it felt like he only took two shots in the first quarter. And I told Seth [Curry], I’m like, ‘Damn, I didn’t know he had it cookin’ like that.’ I seen it in his eyes to start the game. He wanted to play better last game, so he came out tonight and wanted to impact the game from the start. He led us all night, hit big shots when we needed to.

“It was just an incredible, incredible performance. Younger players, you should watch this game and learn what it takes to score at that level — at 5-10, 5-11, for him to score that easy, that was just a master class.”

Read: Gregg Popovich On The Verge Of NBA All Time Winning Record

“It felt like a must-win night,” Kyrie Irving said. “I’m not saying that the other nights didn’t feel like that, but you just got to go into that deep place where you just aren’t distracted by anything that’s going on and there’s a goal at hand when you step out there, and I just get less talkative and I have a look on my face where I’m just ready to go out there and just do what’s needed for us to get this win.”