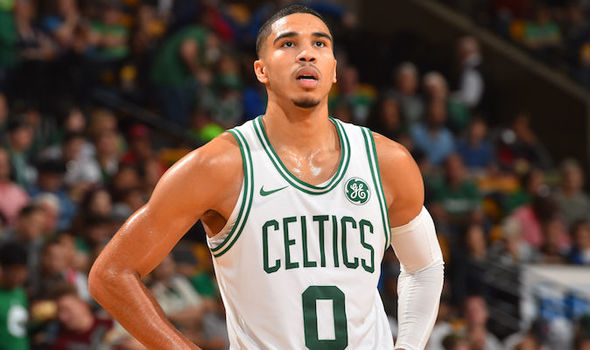 The Boston Celtics grabbed a huge 120 – 107 win over the Memphis Grizzlies on Thursday night thanks to Jayson Tatum.

It’s a far cry from where Boston found itself at the end of January. The Celtics sat at .500 after losing to Atlanta on January 28.

As a result, they’re in control of 5th place after beating one of the best teams in the league. As well as that, they’re currently within four games of the top-seeded Miami Heat.

If Boston beating Memphis was symbolic, so was Jayson Tatum going shot-for-shot with Ja Morant.

Morant had 30 points on 10-for-15 in the second half. However, Jayson Tatum came alive in the fourth quarter, shooting 9-for-13 for 21 points.

“It was a lot of fun,” Tatum said of the back-and-forth with Morant. “The place was electric tonight. I think it was just one of those moments: two guys just going at it, doing what they can to will their team to a victory, and it just so happened that it was a back and forth thing.”

Read: Malik Willis – I Thought I Was Done

“I think watching us now, we play with a lot more passion and we just seem like we’re having a lot more fun,” Tatum said. “Obviously when you’re winning you tend to play with a little more enthusiasm and smile and laugh and things like that. It wasn’t happening too often at the beginning of the season.

“This is basketball, at the end of the day, and it’s supposed to be a lot of fun. And we’ve been having a lot of fun lately.”