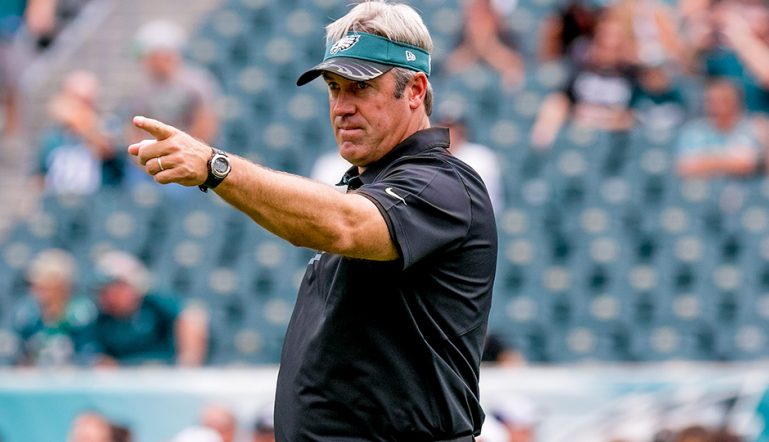 By hiring Doug Pederson, the Jacksonville Jaguars established immediate credibility to a franchise long in need of it.

For Pederson, it’s a new start after winning a Super Bowl with the Philadelphia Eagles, only to be fired two seasons later. For the Jaguars, it’s a chance to finally get this thing right, with Pederson becoming the third coach in as many years for owner Shad Khan’s franchise.

During the presser, Khan talked about the reasons for hiring the championship-caliber coach. Per ESPN:

“One of the reasons we had the search was not only looking for the head-coaching candidate but really to learn about other organizations. That’s a byproduct of the coaching search. So some of the practices, some of the structure that works, we got great insight into it. Strengthening the football operations, more staff, that’s part of our goal. We’ve had too flat an organization and we want to add brainpower and more people to strengthen that.”

Jacksonville has many reasons for Pederson to be excited about taking the job. For starters, second-year quarterback Trevor Lawrence was the first-overall pick in last year’s draft and is considered a generational prospect. Pederson is now tasked with fixing the Clemson product, who struggled as a rookie under head coach Urban Meyer, posting 3,641 yards with 12 touchdowns against 17 interceptions in a miserable debut.

Around Lawrence, there’s talent. Jacksonville has a couple of quality receivers in youngster Laviska Shenault and veteran Marvin Jones, along with running backs Travis Etinenne and James Robinson. While the offensive line needs work, there could be immediate reinforcements there with Jacksonville holding the No. 1 overall pick for the second straight year.

While nobody can reasonably expect Pederson to turn Jacksonville around in a single season, he brings an accountability and credibility to the franchise which has long been missing. Pederson, who played 10 years as a backup quarterback before rising up the coaching ranks and eventually winning it all with Nick Foles and the Eagles in 2017, is an authority figure worth respecting for this young roster.

It’s going to be a long climb for Pederson and his Jaguars, but there’s reason for optimism after a couple of hideous years in Duval.