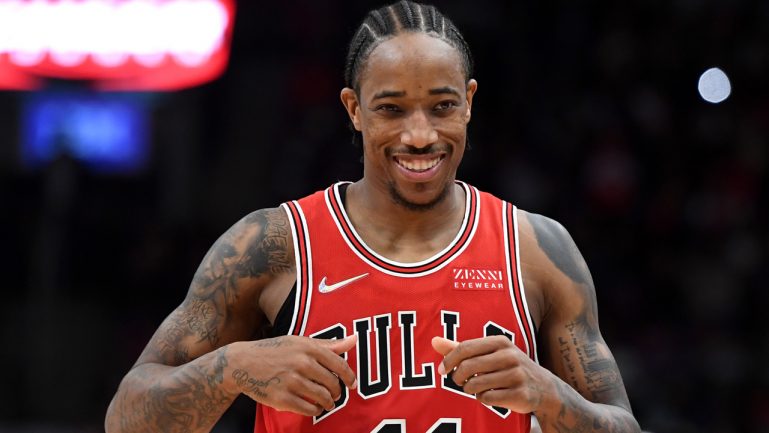 DeMar DeRozan has spurred the Bulls to 5 consecutive wins as well as put his name among some NBA legends.

In spite of this, DeMar DeRozan feels he had a poor shooting night in Wednesday’s 125-118 win over Sacramento.

His 38 points on 16-for-27 (59%) shooting makes him the first player in league history to have 35 points on better than 50% shooting from the field in seven straight games. DeMar DeRozan is now ahead of Wilt Chamberlain, who managed two such runs of six games in a row.

As well as that, he has scored 30 points in eight straight games. No Chicago player since Michael Jordan in 1996 has enjoyed such a prolific run. Currently, he is tied with Joel Embiid for the longest 30-or-more streak for the season.

“Just to be in the record books along with staples of basketball history — [I’m] speechless,” DeRozan said.

“As a kid, as a fan of the history of the game, being in the league as long as I’ve been in the league, things like that continue to make me even more humble.”

“It’s something I’ll never take for granted. And the crazy thing is, I feel like I missed eight easy shots I normally would have made. I felt like I had a bad shooting night, honestly.

“I’ll be honest with you, I can’t. I can’t describe it,” he said. “It’s one of those things where I’m completely locked in as soon as I come to work. Understanding, I want to be able to leave work with a win by any means necessary.”