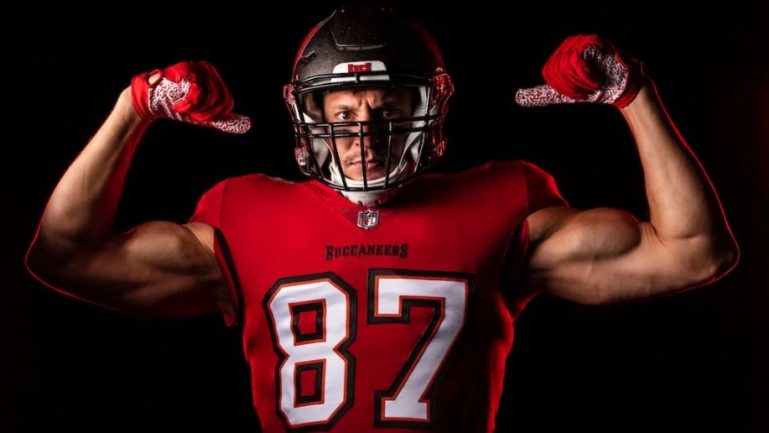 Since the Tampa Bay Buccaneers fell short in the divisional round to the Los Angeles Rams, the focus has remained on Tom Brady’s NFL future.

It’s also put star tight end, Rob Gronkowski, into the spotlight as he’s heading into free agency this upcoming offseason. Gronkowski spiced up the discussion as he recently voiced to TMZ Sports that he would retire right now if he had to choose whether to play another season.

“If they’re like, ‘Rob, you’ve got to decide right now, right this second if you’re playing next year,’ I would say no right now. It’s two days after the season. I’d be like, ‘No, I’m not playing,’” an animated Gronkowski via ESPN. “You’ve got to give it some time, you’ve got to rest to see how everything goes, to see how everything plays out, how I feel. I just want to heal completely, see where my thoughts are from there then.”

It shouldn’t come as much of a surprise as Gronkowski is fresh off finishing a campaign that saw him fall short of vying for another Super Bowl. His commitment to playing has been on a year-to-year basis, similar to Brady.

Gronkowski has already voiced that his NFL plans aren’t tied to the future Hall of Fame quarterback, but it’s hard to envision him returning if his longtime teammate isn’t back.

More than anything else, his comments indicate that he won’t be deciding on his future any time soon. Gronkowski’s choice will in all likelihood coincide with Brady’s.