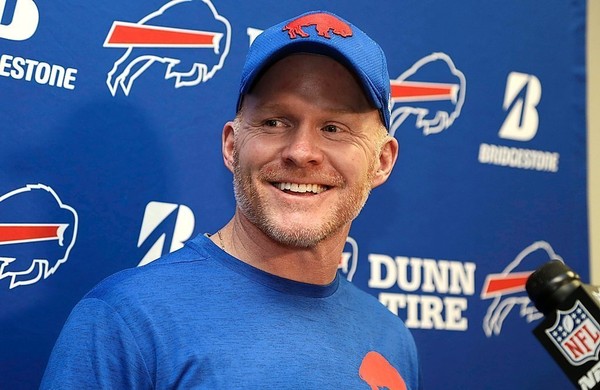 After a wrenching 42-36 overtime loss to the Kansas City Chiefs, the Buffalo Bills are still trying to recover in the aftermath.

There’s losing, and then there’s what happened to the Buffalo Bills on Sunday night.

In a 42-36 overtime classic, Buffalo fell to the Kansas City Chiefs despite leading by three with 13 seconds left. With Kansas City seemingly doomed, the Bills surprisingly kicked the ball through the end zone, putting the Chiefs at their own 25-yard line with the full baker’s dozen on the clock.

Kansas City quarterback Patrick Mahomes responded as only he can, throwing for 44 yards on two plays across 10 seconds, putting the Chiefs in range for a game-tying 49-yard field goal by Harrison Butker. After a lost coin toss and a few more minutes, the Bills went home losers instead of hosting the AFC Championship Game for the first time since 1993.

On Tuesday, Buffalo head coach Sean McDermott talked about his consternation over those infamous 13 seconds during his presser with media, per ESPN:

“I watched it on video and I watched it over and over in my head a million times, in my stomach a million more. It’s my livelihood and I’m super competitive as well. I want the best for our football team and this organization and our fans, quite honestly. So I’ll continue to watch it in my mind and in my gut for years … but when we get to where we’re trying to get to, I believe that’ll make it that much more enjoyable in that moment.”

Going forward, Buffalo has questions to answer. The Bills are facing a tight cap situation in the coming months, likely preparing to lose edge rushers Mario Addison and Jerry Hughes. There’s also some uncertainty around veteran slot receiver Cole Beasley, who is under contract but could either be extended or released to save money.

Meanwhile, the Bills must find a way to continue improving. Buffalo is close to taking down the Chiefs, but still needs to add some help on the defensive line while finding additional depth at cornerback should Levi Wallace leave in free agency this offseason.

For the next short while, though, the Bills will lick their proverbial wounds, wondering how they aren’t playing this Sunday.