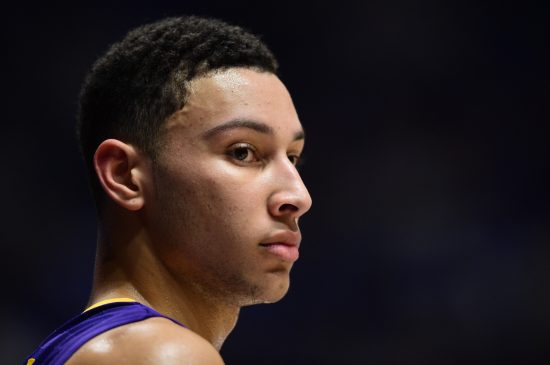 25-year-old swingman Ben Simmons finally got his wish for a trade out of Philadelphia with his move to the Brooklyn Nets.

Ben Simmons cited ‘mental health issues’ as his reason for  wanting to leave the 76ers. As well as that, he hasn’t played since May.

This is bad news for Brooklyn, who could use the boost of a former NBA All-Star at the moment. The Nets snapped an 11 game losing streak when they beat Sacramento on Monday night.

However, they still have a record of 30-27. Head coach Steve Nash says Ben Simmons won’t be rushed onto the court in spite of the team’s pressing need.

“I think it has to come naturally,” Nash said. “It hurts to suffer like this and lose games. At the same time, we have to have the big picture in mind. And while we go out and try to win every night, we can’t skip steps. We have to be as thoughtful and as methodical with our approach as we can.

“And if it all comes together seamlessly, that’d be great; but if not, we stick to our process and continue to build that cohesion and understanding, and whatever time it takes, it takes.

“I think he’s in a pretty good place mentally,” Nash said of Simmons. “And if we work with him here, in conjunction with his physical ramp-up, to make sure he’s comfortable on and off the floor, I think he’ll be ready to play mentally when he’s physically ready.”

Read: Can Rams Repeat In 2022 To Become Historic Team?

“That’s on the performance team,” Nash said. “They’re going to walk through an assessment and his return to play and ramp-up and all that. It’s been a long period of non-NBA activity, so we’ll see how they put his program together and how long it takes.”

“We have to put him in a position to have the necessary conditioning underneath him and to feel safe with it,” Nash said. “And then he also has to feel confident and comfortable that the time has come. So whenever that is, hopefully there’s a great partnership on those decisions.”