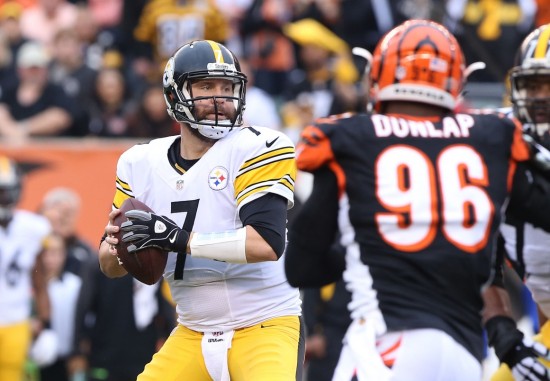 After 18 years, Ben Roethlisberger officially announced his retirement from the NFL and his Pittsburgh Steelers.

Yes, Ben Roethlisberger can walk away knowing his place is secure in NFL history.

Roethlisberger, taken by the Pittsburgh Steelers in the first round of the 2004 Draft alongside fellow quarterbacks Eli Manning and Philip Rivers, enjoyed a splendid 18 years. His first season saw a trip to the AFC Championship Game. The following year, a sixth seed and then the improbable run to Super Bowl glory.

In 2008, Roethlisberger and his Steelers won it all again, this time a more integral part of the machine. That year, in Super Bowl XLIII, it was Big Ben firing the big shot, beating the Arizona Cardinals with a perfect strike to Santonio Holmes in the back right corner of the end zone in the final minute.

Although the last 13 seasons didn’t bring with them more jewelry, the accomplishments were many over said span. Pittsburgh won five AFC North crowns, was victorious in five more postseason games and reached Super Bowl XLV in 2010, only to fall short against the Green Bay Packers. Perhaps most impressively, the Steelers and Roethlisberger never sustained a single losing season.

On Thursday, when Roethlisberger announced his retirement, he did so with grace about it. Per ESPN:

“The journey has been exhilarating, fueled by a spirit of competition. Yet the time has come to clean out my locker, hang up my cleats and continue to be all I can be to my wife and children. I retire from football a truly grateful man.”

In five years, Roethlisberger will become eligible for the Hall of Fame. While going in on the first-ballot is always difficult, he stands a terrific chance of not having to wait more than the mandatory period. When he eventually does get into Canton, he’ll have earned it, forever leaving a stamp on Pittsburgh football.