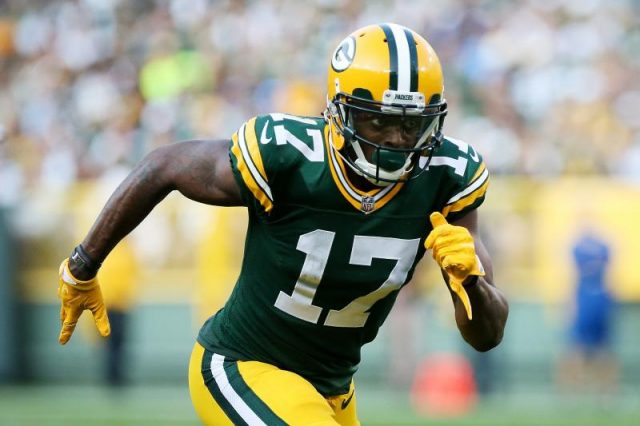 2022 NFL free agency is going to be full of stars, and the receiver position is no exception. These five are going to get their money.

The Cardinals have a litany of free agents to take care of, including a trio on offense in Kirk, fellow receiver A.J. Green and running back James Conner. However, Kirk might be the most pressing of the group considering his 2021 season. The youngster finished his rookie deal with 77 catches for 982 yards and five touchdowns, putting him in the conversation for a nice second contract. Kirk has shown the ability to anchor a receiving corps, and he’ll have a nice market.

Godwin played this season on the franchise tag and was terrific once again until sustaining a torn ACL against the New Orleans Saints in December. With that injury looming over him, it’s possible his market tanks and he gets a prove-it deal. However, because of how tremendous he’s been throughout his career, the Super Bowl champ might find a few teams willing to believe in him with a multi-year pact for his services. Despite missing three games, Godwin still totaled 98 catches for 1,103 yards and five scores.

Robinson had a down year for the Bears, also on the franchise tag. Looking for the second big contract of his career, some teams might be a bit leery after he failed to notch 500 yards this season. However, he’s still one of the top pass-catchers who can run a diverse route tree, offering plenty to his next team. The Bears never put a decent offense around the former Penn State star, which another factor worth considering for any team in the market.

Williams had a breakout year with the Chargers, doing it just in time for free agency. The big-bodied target went for 76 catches and 1,146 yards with nine touchdowns, helping Los Angeles to the precipice of the playoffs. Williams, a former first-round pick out of Clemson, struggled with injuries early in his career but has redeemed his value and should be getting a serious raise, somewhere in the neighborhood of $16-18 million per year.

Let’s keep is simple. Adams is almost certainly going to get the franchise tag from the Packers, but for now, he’s tops on any serious list. Adams posted 123 receptions, 1,553 yards and 11 touchdowns in 2021, making a strong case as the best receiver in football. He’s going to reset the market with his eventual deal.